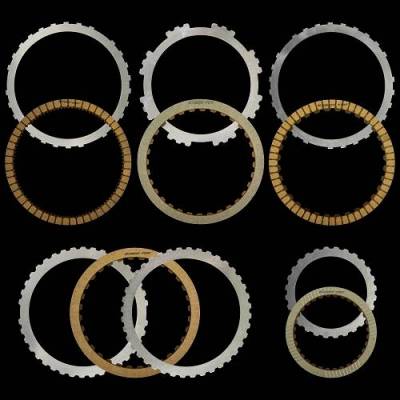 This rebuild kit includes a Guardian Torque Converter, billet flexplate, SunCoast patented 4-5-6 hub, new pump bushing, Sonnax SureCure Kit, filter, overhaul kit, and all the gaskets. This is an ideal kit for someone looking to rebuild a factory stock vehicle with improved frictions and steels to improve longevity in the transmission.

With vehicles with upgraded performance modifications, larger wheels and tires, or heavy towing it is not uncommon to see the intermediate shaft fail. Now that the overdrive clutches no longer slip during apply the intermediate shaft is exposed to a greater amount of torsional fatigue. This fatigue from any one of these circumstances can and will cause shaft failure. Suncoast offers a new billet shaft made from managing steel (also known as Vascomax).