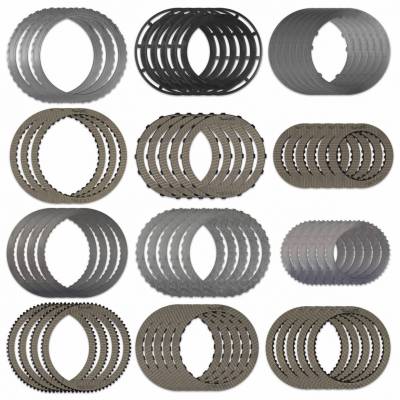 The 10R80 Rebuild Kit and its contents

This Suncoast 10R80 rebuild kit contains all the frictions and steels you will to do a clutch and steel replacement on a 10R80 transmission containing a stock count clutches and steels. This 10R80 rebuild kit was designed to be a re-clutch for a stock capacity unit utilizing the Raybestos GPZ paper and high performance steels.